How to increase a solar park’s revenue?

How would you install a solar park?

Standard logic tells us that to produce the most power, a solar park should be facing south. This may be true for sunnier countries but not in the Netherlands. Effects such as local weather and clouds need to be considered. In a cloudy country like the Netherlands, how the daily weather changes can seriously affect the energy output throughout the year.

And how does this affect revenues? With solar capacity in the Netherlands continuing to rise and construction prices dropping lower and lower every year, it won’t be long before solar parks no longer need to be supported by the government. What solar park layout will bring in the most revenues when it becomes reliant on market prices? Will this be affected by solar parks producing most of its power at midday when electricity prices are low?

Which layout produces the most energy?

If a park shouldn’t be facing south, then what direction should it be facing? Our results indicated that a park in the north of the Netherlands will produce more power when it is facing SSE.

This is because standard logic doesn’t consider local weather patterns. Dutch summers, when the most solar power in produced, tend to have clear, sunny mornings and cloudy afternoons. This means a solar park facing SSE will see more of that morning sunlight and as a result generate more energy.

So what about tilt? In an ideal world, your solar park would be tilted at 34 degrees. This is where you will generate the most power and the most revenue. However, grid constraints in the Netherlands stifle your park’s ability to generate its maximum potential. In fact, even a tilt as low at 20 degrees can still generate a similar amount of energy.

This is good news for park designers who want to get the most MWh per m2. A lower tilt means less shading effects between the panels, allowing for more panels in the park and so more revenue.

Which layout produces the most revenue?

With subsidies becoming less and less relevant in a highly renewable future, solar parks will have to consider fluctuations in market prices when forecasting their revenues.

The total revenues of a solar park, however, are still based on the total energy produced. With SSE facing park, the grid connection limits mean you can still generate the maximum revenue regardless if the panels are tilted at 20° or 34°.

When you look at the revenues per MWh, however, we see a different story. Here instead we find that you bring in the most euros per MWh with an east facing park tilted at 40°, where you generate less power. In the Netherlands, the difference between the maximum and the minimum is 0.9 €/MWh. In Germany however, even with the same pattern, this difference reaches 2€/MWh. Why is it producing more revenues at such an odd layout and what could cause such a big difference between countries with similar prices?

The answer lies in comparing the country’s average prices to the power generation of your solar park. An east facing park generates more power during the morning peak in electricity prices. Any shift away from this peak results in a drop in your revenue per MWh, especially in Germany where production and price peaks are closer together.

Contrary to popular belief, solar parks in the north of Netherlands generate the most power when they’re facing SSE and at a whole range of tilts. When you start looking at any more different locations, however, you could see even more surprising results. To understand best how solar parks will produce the most energy and bring in the most revenues, you need to focus on two areas.

The local weather. How does the local weather affect the energy output of your solar park? Priogen’s in house weather model can be used forecast the power output of solar park and identify which orientation or tilt can produce the most energy.

Price forecasting. With the market prices becoming more relevant to solar park revenues in a subsidy free future, Priogen’s knowledge of electricity markets and their prices can be used to predict the

revenues of a solar park and how that could change in the coming years.

Priogen is currently managing several solar parks that have successfully brought in revenues and stability. For more information about how Priogen can help you please take a look on The Solution & Services webpage or fill in the form below to get in contact with Larissa Gunst. 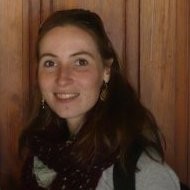 07 January 2021
Battery technology has attracted a great deal of interest because of their potential use cases in the energy sector. As the number of intermittent renewable energy sources in the power grid grows, it is becoming more and more important to…
Read more

Batteries are yet to be lucrative for the investors but Priogen can help!

17 November 2019
In November 2019 Gerben Hieminga (ING Economische Bureau) published the study on the investments of solar and battery productions. Priogen is proud to have contributed to the publication. The study states that the batteries can be used in practice, but…
Read more
All updates